As the lights went down and the crowd settled in, the anticipation for Justin Furstenfeld’s performance was almost tangible. In front of a full house of fans, the Texas-based artist took the stage in an intimate setting of warmth and wood to play his acoustic set. From his opening song to his final heartfelt rendition of Home, Justin kept the crowd captivated for the entire show with his powerful voice and authentic spirit.

Known for its uncensored truthfulness and stripped-down sound, The Open Book tour is a unique look into the life of one of alt. rock’s most respected veterans. With just two guitars, a microphone and his storybook of life experiences, Furstenfeld moves audiences from laughter to tears to wonderstruck silence with his incredible stage presence. A mix of song, story and Q&A, the tour offers one of a kind insight into his journey and gives fans the chance to really get to know Furstenfeld as an artist, former addict and father.

During the show, Furstenfeld’s message to his followers was one of understanding, second chances, and renewed hope. One audience member described the concert saying, “the way he told his story by weaving in humorous narration and interactive audience Q&As made the whole experience feel intimate and special.” He even surprised one lucky couple with an acoustic version of “Calling You” after a heartfelt proposal in front of the whole crowd. It was truly a night to remember.

We are thrilled and honored to have had Justin back for a second year of his solo tour. If you weren’t able to make the show or want more information about The Open Book tour or Blue October, check out the link below. 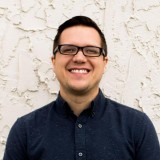 We'd love to show you the Ice House on Main. Click here to schedule a tour today!